In an extremely entertaining Wednesday night race, Anderson alongside spotter Bill Swyers navigated through NEARLY an entire race, at one point holding the race lead under caution. In a race that saw many big accidents, eventually Andy succumbed to a questionable rear end under caution – which unfortunately retired the car. You can watch the race from Andy’s Twitch Feed below, or head on over to Speed51 to see the broadcast.

In Andy’s own words:

With a stacked lineup of indy car and nascar racers I found myself running quite well until an unfortunate event caused me to retire from the race. I would say intimidation is what one word describes my feeling of looking at the names on the leaderboard.

In the practice session I ended up being 3rd quickest, after figuring out how to pull a 4-5 car draft for a lap. Key here was not getting too close as I would need to slow down, and if you were just outside the draft, you wouldn’t get the speed necessary for a top of the leaderboard lap.

Qualify session went well, finished ahead of some of the pro guys, and not too far off the top guys times.

During the race, being Daytona and indy cars, it was announced that there would be lots of wrecks. And we didn’t disappoint. 5 laps in and there was a big wreck. We had some issues in the group with a couple guys internet stability causing the car to “blink” which created some of the wrecks. I was gathered up in 3 different wrecks and was able to repair one, quick repair the two others.  I even found myself in the lead for 2-3 laps during a caution as the drivers in the 6-7 positions ahead of me pitted. That didn’t last long as we went green, I was passed and then Tony Kanaan and myself got collected for another wreck. 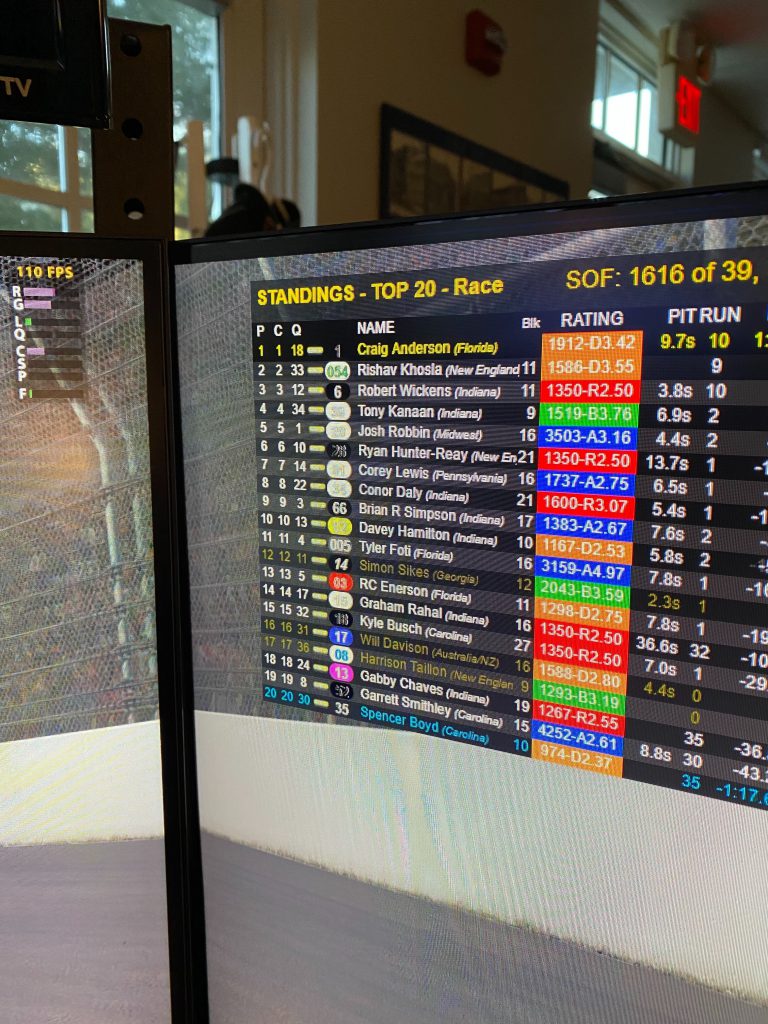 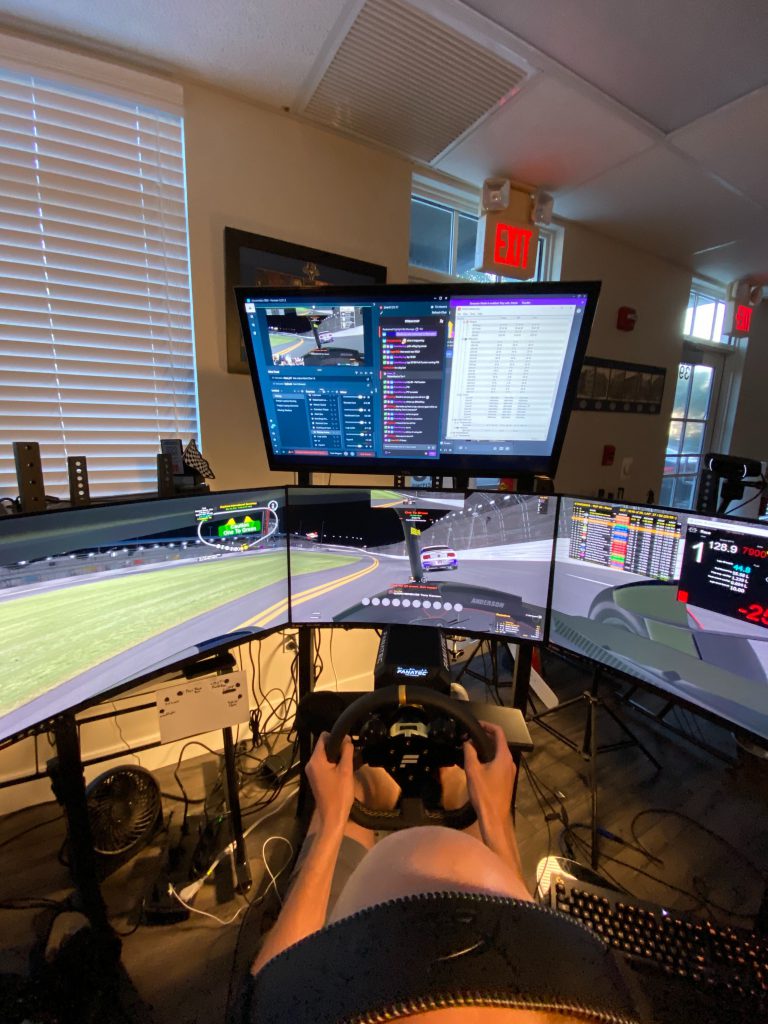 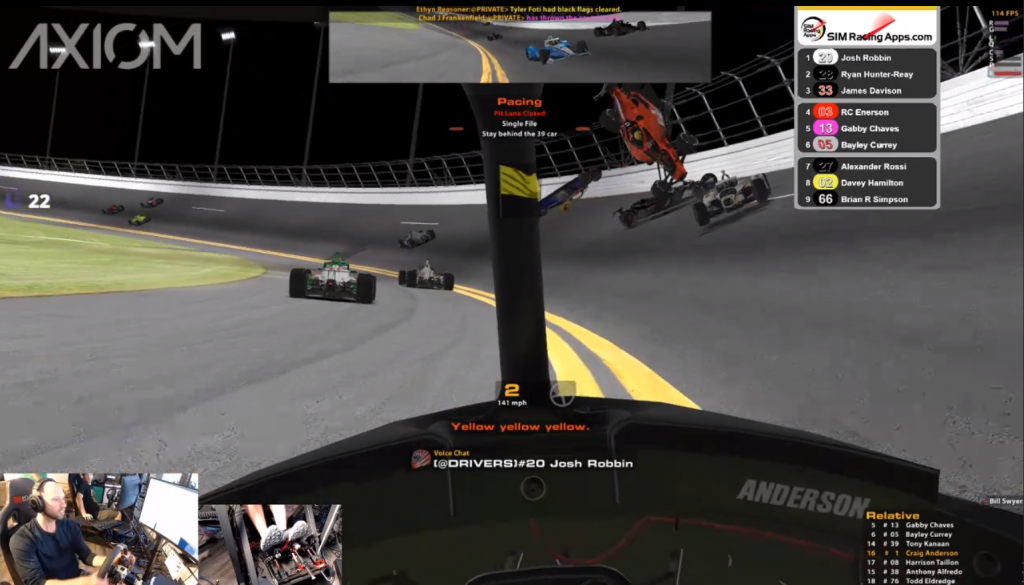 Came back out after that and was running well. Another caution and I was the lead car down a lap… Lucky Dog gets his lap back!!!  Circling the track under yellow catching up to the back of the pack, I slowed down and then got rear ended by another car trying to catch the pack. The windshield halo doesn’t allow you to see a car directly in front of you and he didn’t see me. It was unfortunate as that would have put me in the top 15 and the leaders all wrecked on the last lap so a Top 5 could have been possible.

Over all it was a great night rubbing digital shoulders with some of the big names in racing. I know my spotter bill was over the top excited that Kyle Busch was running the race.