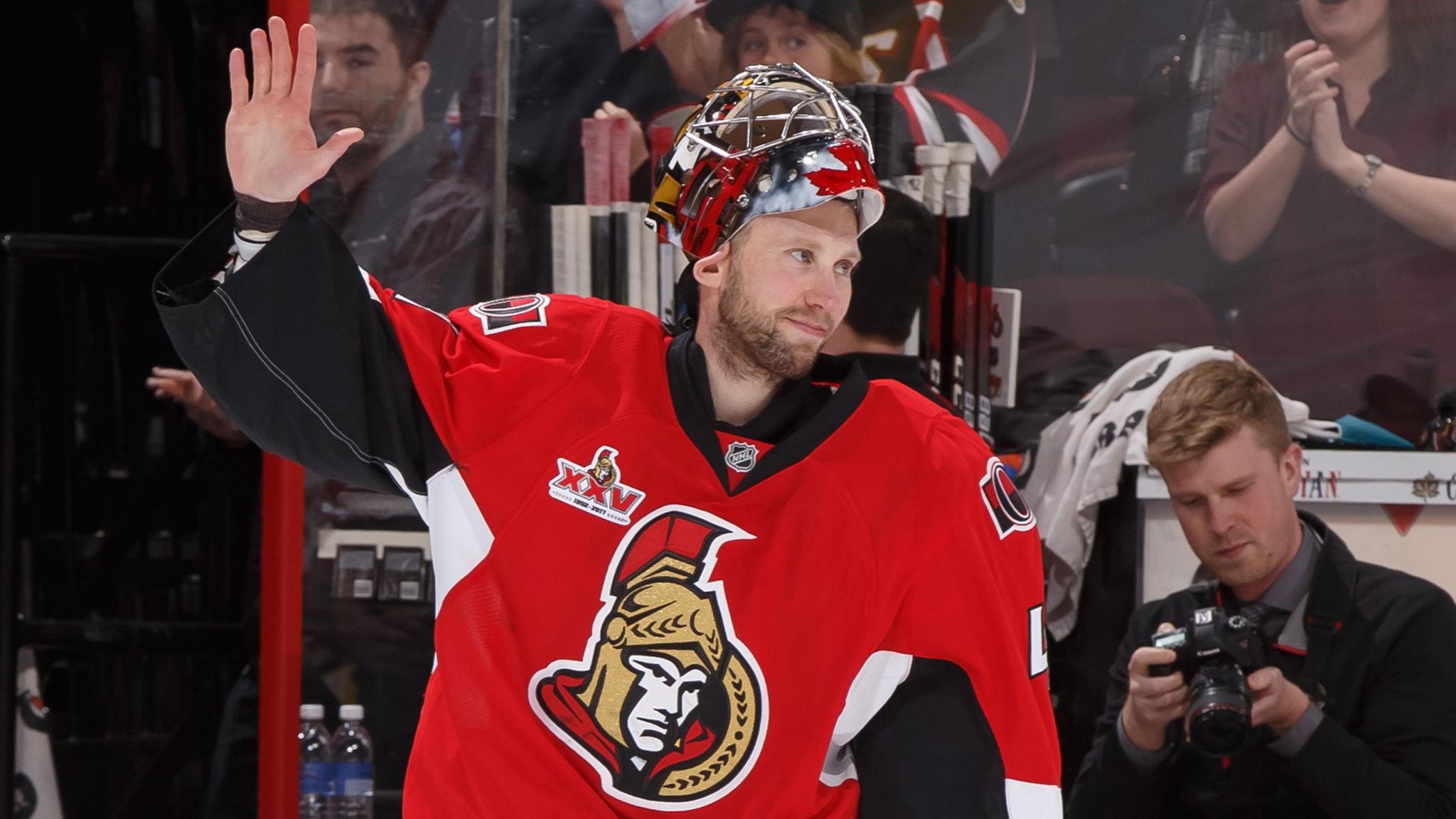 OTTAWA — Craig Anderson made 33 saves in his first game since Dec. 5 to give the Ottawa Senators a 3-0 win against the New York Islanders at Canadian Tire Centre on Saturday.

Anderson took personal leave while his wife, Nicholle, had treatment for throat cancer and returned Jan. 30.

WATCH: All Islanders vs. Senators highlights

Mark Stone, with his Ottawa-leading 20th goal, Zack Smith and Jean-Gabriel Pageau scored for the Senators (29-18-6), who are second in the Atlantic Division and won back-to-back games.

It was Anderson’s fourth shutout of the season and the second he’s had in his first game back after personal leave. Anderson made 37 saves in a 2-0 win against the Edmonton Oilers on Oct. 30 after he left the Senators following the announcement that his wife had cancer.

“Felt great. Got two points, got the win,” Anderson said. “I think it was an exciting day for myself to get back in the net and just be there for the guys, feel that camaraderie.

“I think [Anderson] saw a lot,” Weight said. “He played well. We weren’t complete. We were missing a couple of pieces on a couple of lines. It wasn’t like we’ve been playing, a lot of confidence. We played hard, but we need everybody pulling the rope every game if we’re going to be successful in this league. It’s a tough place to play. They’ve been confident lately and playing well, and they got a little jolt getting Craig back.

“We put some shots up, had some Grade A [chances]. We just couldn’t bury it and the ice kind of tilted.”

Anderson made 14 saves in the second period, nine in the third.

“He’s a world-class goalie,” Stone said. “Any time you can get a guy like him, especially when he’s been off for almost three months … you know what he brings to the table. He calms the game down so easily. He knows when to freeze the puck and keep going.”

For the second game in a row, Stone scored from below the goal line. He chased down a missed shot behind the net and played a bank shot off Greiss. Stone scored on a wraparound against the Dallas Stars on Thursday.

Josh Bailey had a good scoring chance on New York’s first shot of the game, 52 seconds into the first period, but couldn’t beat Anderson. It was the first shot Anderson faced since Dec. 5 and got him off to a good start.

The crowd at the Canadian Tire Centre chanted Anderson’s name as he waited to come out to be recognized as the game’s first star. “Definitely emotional,” Anderson said. “The crowd has been just outstanding.”

The tandem of Pageau and Pyatt finished killing a high-sticking penalty to Smith in the second period with some strong work along the boards in the Islanders zone, then scored three seconds after the penalty expired to make it 3-0.

“I still think we have to be positive. I still thought we were the better team tonight. I thought we generated more chances. I just don’t think we were as good in front of the net as we have been. Anderson was obviously sharp and he controlled the rebounds really well.” — Islanders captain John Tavares

Stone scored 20 goals for the third straight season. … Pageau won 11 of 14 faceoffs, including seven of nine against Tavares. … For the second game in a row, the Senators used seven defensemen. … New York is 7-11-4 on the road and plays 19 of its final 29 games away from home. … The Islanders were shut out for the second time this season, the first was a 4-0 home loss to the Tampa Bay Lightning on Nov. 14.