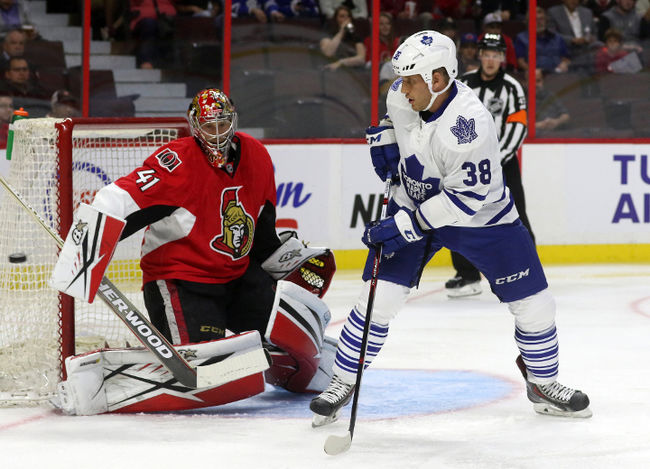 Shane Prince and Bobby Ryan scored for the Senators in the first period to give Ottawa a 2-0 lead. Erik Karlsson assisted on each.

Karlsson’s power-play goal at 11:53 of the second gave Ottawa a 3-2 lead before Lupul’s goal 3:55 into the third period tied the game, 3-3. Lupul then scored in the first minute of overtime.

James Reimer started in goal for Toronto and made 21 saves on 24 shots; Garret Sparks entered the game in the third period and stopped all eight shots he faced.

Craig Anderson stopped 18 of 20 shots for the Senators;Matthew O’Connor made 15 saves on 17 shots.