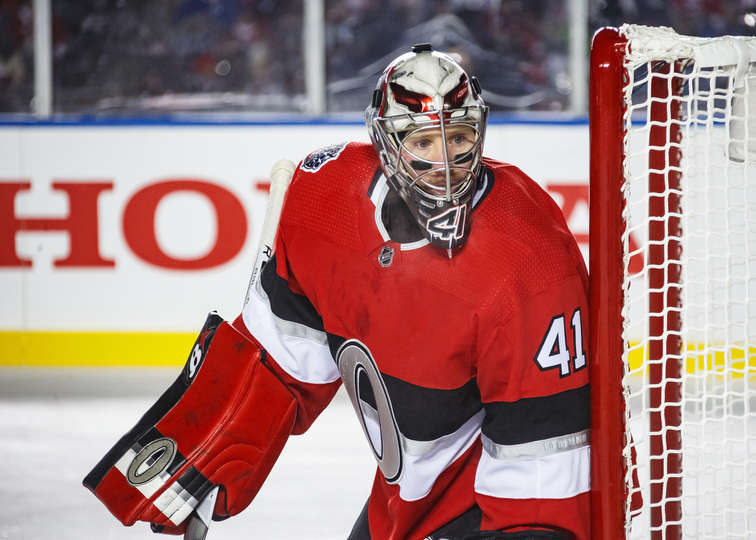 Craig Anderson made 28 saves; Jean-Gabriel Pageau, Bobby Ryan and Nate Thompson scored; and Erik Karlsson had eight blocked shots to help the Senators defeat the Montreal Canadiens 3-0 in the 2017 Scotiabank NHL100 Classic at Lansdowne Park on Saturday in front of a sellout crowd of 33,959.

“It was cold,” Ryan said. “Every period it got colder, but it was worth every second. We had a blast.”

The Senators (11-13-7), who also beat the New York Rangers on Wednesday, have won two games in a row for the first time since beating the Colorado Avalanche twice in the 2017 SAP NHL Global Series in Stockholm on Nov. 10 and 11.

Ottawa is 3-10-2 since returning from Stockholm.

“Hopefully it’s going to give us some confidence,” Senators center Derick Brassard said. “We know we can put on a winning streak.”

Carey Price made 35 saves in his 10th consecutive start for Montreal since returning from a lower-body injury. The Canadiens (14-15-4) have lost four of their past five games (1-3-1).

Pageau, who grew up across the Ottawa River in Gatineau, Quebec, scored at 14:55 of the second period.

Seconds after Senators forward Tom Pyatt got the puck back after a lost in-zone face-off, Pageau found space in the high slot and deflected Karlsson’s low wrist shot from the right point past Price for his fourth goal of the season.

His goal would eventually become the game-winner.

“To score that goal was pretty special,” Pageau said. “When your goalie doesn’t give up one it makes it easier.”

“It was greater than we could have hoped for,” Karlsson said. “The atmosphere was amazing.”

The Canadiens never found a way to use the energy in Lansdowne Park to their advantage.

Not only did Ottawa have a 1-0 lead, it had a 29-16 advantage in shots on goal after two periods. A turnover by Montreal center Jonathan Drouin in the defensive zone led to Ryan’s breakaway goal at 17:02, giving Ottawa a 2-0 lead.

Thompson scored into an empty net with 11 seconds remaining.

“We made it our game plan to not necessarily get in there and be physical, but be in front of them and make them uncomfortable,” Ryan said. “It paid off over the course of the game.”

That’s two games in a row that style has paid off for the Senators. It’s the same style that helped them get to Game 7 of the Eastern Conference Final last season.

“The old-fashioned way, the fashion that we’re accustomed to, tight defense leads to offense,” Ryan said. “Sometimes people tend to think it’s opportunistic hockey, but it worked for us last year. We identified it again this week that we have to get back to it, and it worked tonight.”

Price’s save on Matt Duchene at 17:17 of the second period.

Ryan’s goal off a takeaway and a breakaway at 17:02 of the third period.

“When the home team gets two points and the city can rally around for a great event makes it all the better. It was well done by the NHL, the city, and something that I’ll look back on forever, absolutely.” — Senators forward Bobby Ryan

“Before the game a couple guys went outside and it was like there’s no way people are going to be standing for three or three and a half hours, but they did. It shows a lot of passion. They really enjoyed it. For us players, we really appreciate that.” — Senators forward Derick Brassard

“Half a period in a game of sustaining pressure and creating offense, you’re just never going to score enough goals to win.” — Canadiens forward Max Pacioretty