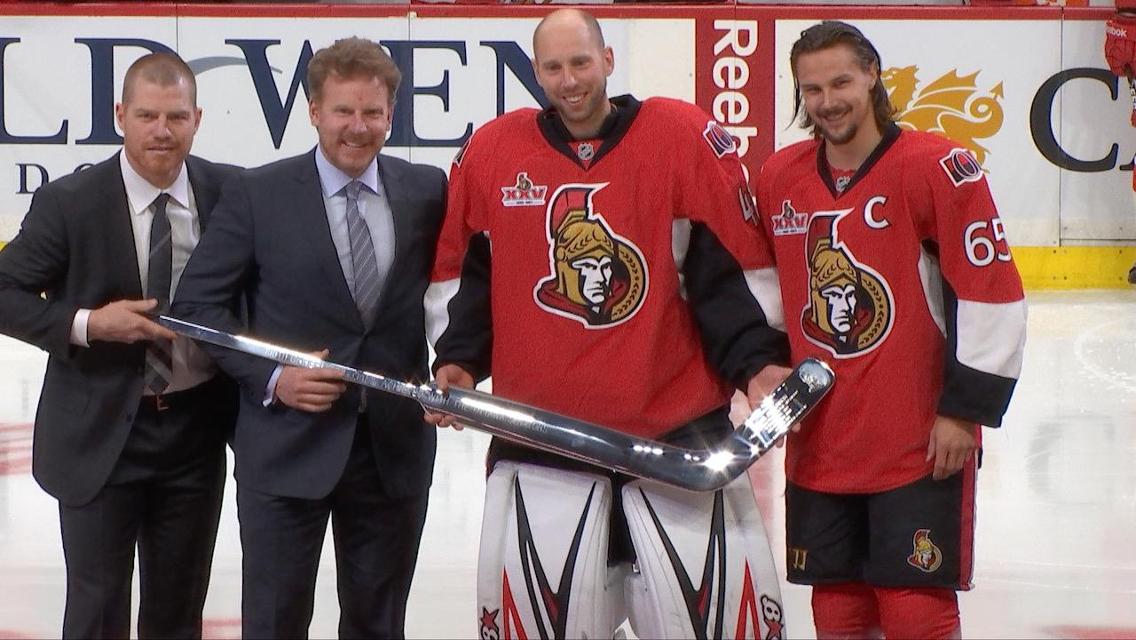 After ending the week with 3 straight wins, Sens netminder Craig Anderson has received the NHL’s first star of the week honours for the third time this season.

Anderson’s numbers for the week were dazzling (as usual) and he posted a .943 Sv% and a 1.44 GAA to go along with his 3-0-1 record. Another number that played a role for the Sens netminder is the #500 as he was honoured before Tuesday’s game against the Red Wings for playing in his 500th NHL game a few days prior.