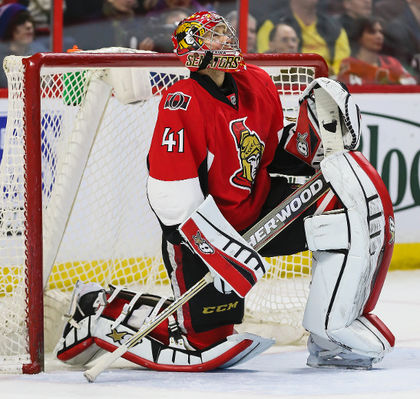 MONTREAL – Two years ago, Craig Anderson was the star of the Senators-Habs playoff series.

For the sequel, at least to start, he has a front row seat as an observer.

Anderson has lost his five-season hold on the Senators No. 1 goalie role to Andrew (The Hamburglar) Hammond and — while his bruised hand continues to improve — he has come to grips with it.

“One-hundred percent,” Anderson said Wednesday morning. “Hammy came in and did an unbelievable job for us, he put us to where we are right now.

Read the full article in the Ottawa Sun