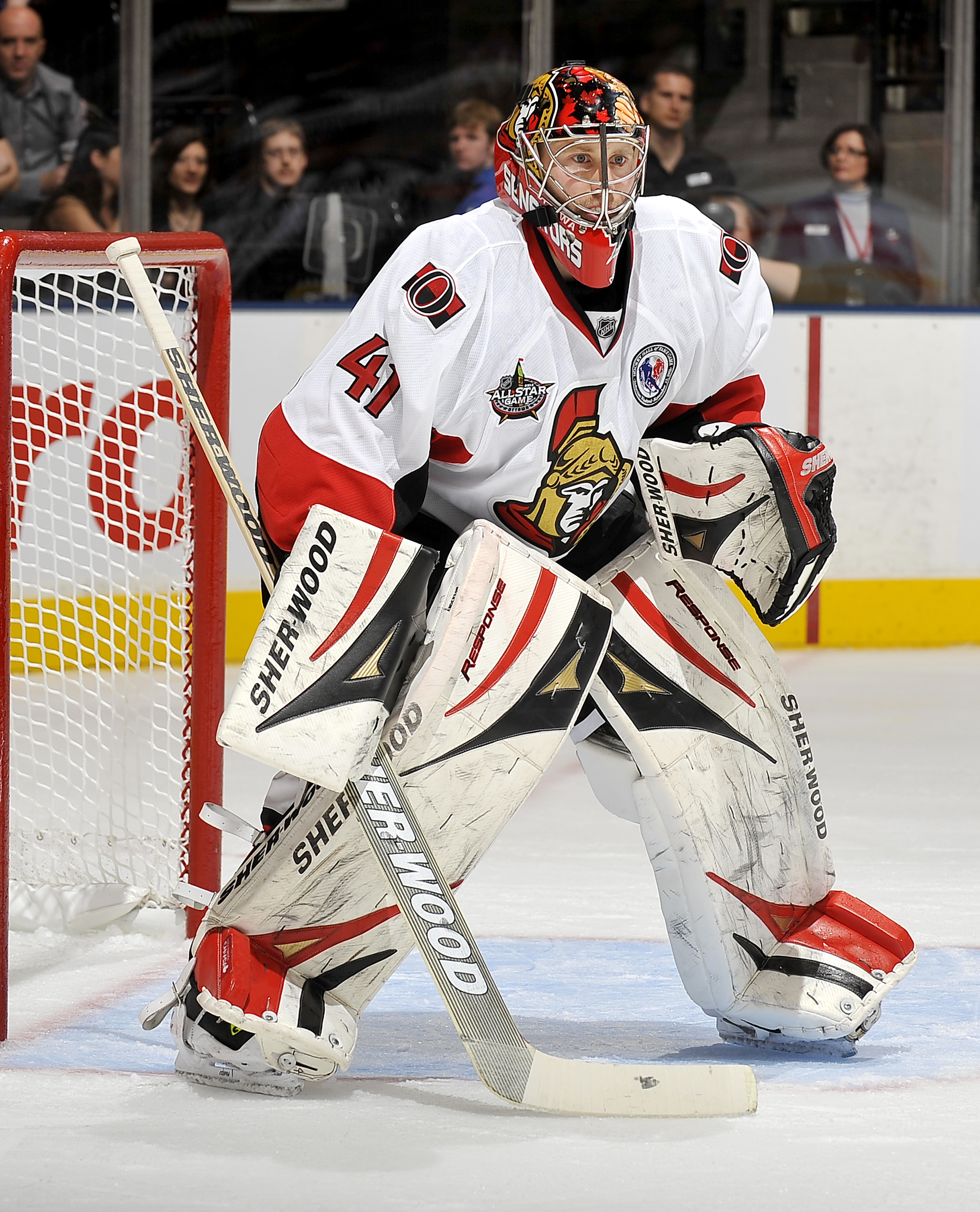 OTTAWA — Chris Neil gave the Ottawa Senators a huge lift with a timely goal that set the stage for an impressive comeback.

Neil scored an unassisted goal late in the first period for the first of four unanswered goals by the Senators as Ottawa overcame an early 2-0 deficit.

“We had a lot of 50/50 shifts in the second, and in the third period, I thought we came out, we generated a lot, and once we tied it up, we were able to make that push to get the extra goal, and we kept it coming.”

Craig Anderson made 30 saves in his second straight start after missing three games with a sore neck.

“I don’t remember the last time we lost in this building, so it was bound to happen, and it’s unfortunate because I thought for the first half we had control and had a good chance of winning,” Boston coach Claude Julien said.

Loui Eriksson scored his fourth goal at 6:03 of the first period. He also assisted on Brad Marchand‘s goal, his third of the season, at 9:50 of the first.

Boston outshot the Senators 8-1 to start the game and jumped out to a 2-0 lead.

Tuukka Rask made 27 saves for Boston, which completed a 4-0-1 homestand Thursday with a 3-2 overtime win against the Columbus Blue Jackets.

Ryan went to the dressing room at 16:25 of the third after he appeared to take an elbow to the face on a hit by Bruins defenseman Dennis Seidenberg behind the Boston net. He did not return to the game.

“I was going for the puck, playing my position, turning into the puck, and I don’t know, I think I was reaching, maybe not, but I have to be strong,” Seidenberg said. “He pulls it through me and I’m the guy that looks bad, but I would never go after the guy’s head.”

No penalty was called on the play.

“To me, it’s reviewable by the League,” Ottawa coach Paul MacLean said. “Bobby left the game and didn’t come back, and at this point, there is an injury there. … How severe it is, I don’t know. I won’t know until [Saturday], but all the ones that you see around the League in the first 20 games, it certainly seems like that one could be reviewed as well, but that’s not my job. I’ve got lots of other video to watch [Saturday].”

There were only three minor penalties called in the game, one against each team in the second period and a charging penalty on Boston’s Jarome Iginla at 16:52 of the third.

Anderson, who was injured in a goalmouth collision with Dallas Stars rookie Valeri Nichushkin on Nov. 3, stopped 26 of 31 shots in a 5-0 loss against the Philadelphia Flyers on Tuesday.

“It was a good rebound game for everybody, not just myself, but I think everybody kind of wanted to come back and put out a good effort,” Anderson said. “We were playing the right way for most of the game, minus the first couple of minutes of the game where we get down by two, but we find a way. That’s what matters, and we’ve got something we can build off of now.”

Ottawa concludes its five-game homestand Sunday against Columbus. The Bruins play the second game of their three-game road trip against the Carolina Hurricanes on Monday.

Neil drew Ottawa within 2-1 with 50 seconds remaining in the first period. Bruins defenseman Torey Krug turned over the puck to Neil, who drove over the blue line and beat Rask with a shot from the right faceoff circle.

Spezza tied it at 2-2 with his ninth goal at 1:32 of the third. Spezza took Erik Karlsson‘s pass on the left side and put a shot over Rask’s right pad.

Cowen put the Senators up 3-2 with a drive from the left side between Rask’s pads.

Ryan scored his team-leading 10th goal with an unassisted effort at 10:11 to put Ottawa up by two.

Eriksson opened the scoring at 6:03 of the first period. Patrice Bergeron reached around Spezza on a faceoff in the left circle to pull the puck back to Bartkowski, whose drive from the point was deflected by Eriksson on its way past Anderson.

Marchand took a pass from Bartkowski inside Ottawa’s blue line and weaved his way to the slot before beating Anderson with a wrist shot off the post into the top right corner to put Boston up 2-0 at 9:50.

Marchand was hit in front of the net by Seidenberg’s slap shot from the left point at 7:44 of the second. He went to the dressing room briefly before returning to the bench a few minutes later.

Defenseman Chris Phillips returned to the Ottawa lineup after missing his first game of the season Tuesday with a lower-body injury.