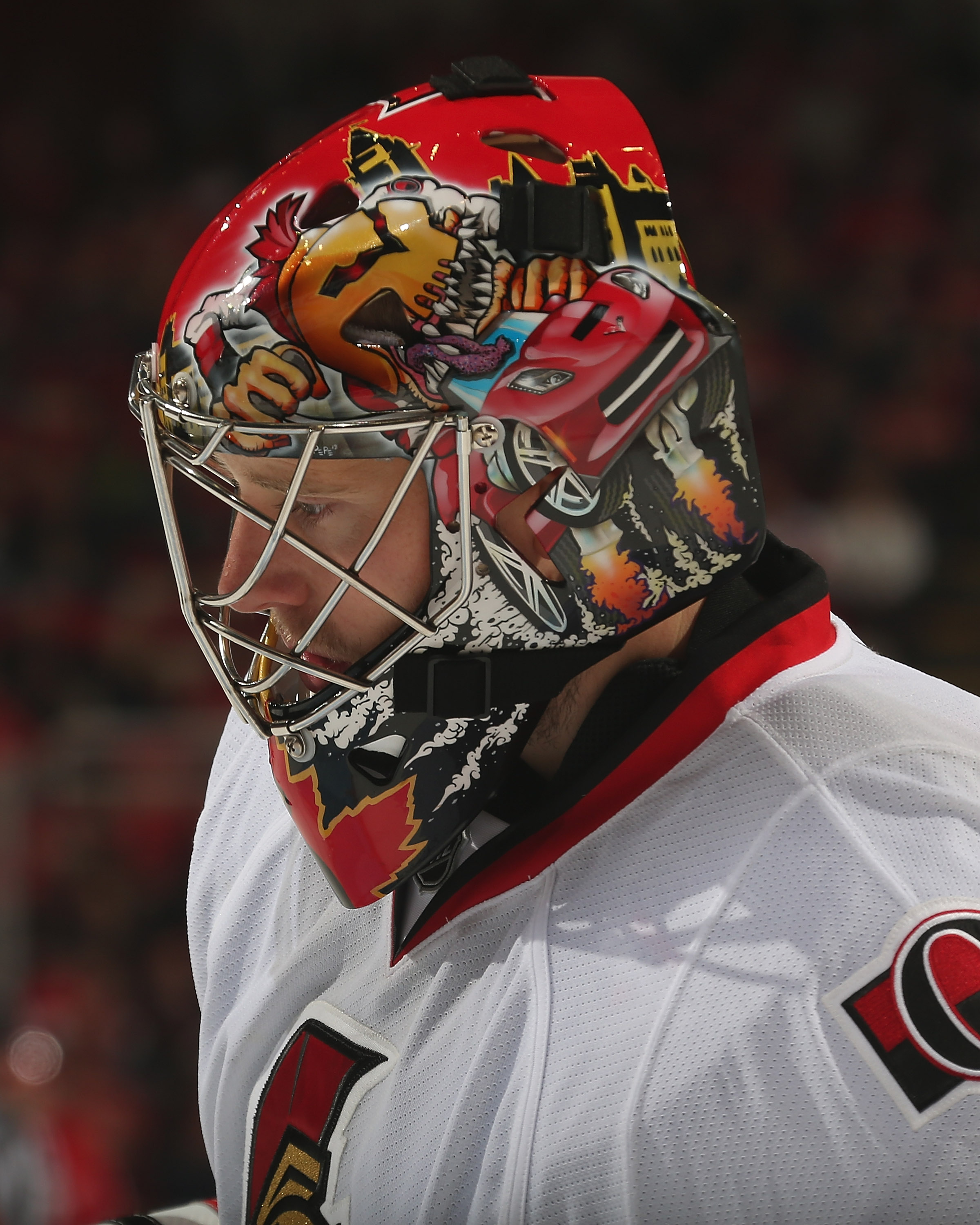 OTTAWA — The Ottawa Senators bounced back from a lopsided loss to the Boston Bruins the prior day and finally won the back end of a set of games played on consecutive days.

Bobby Ryan scored an unassisted goal on a breakaway at 15:25 of the third period to give Ottawa a 4-3 win against the Bruins on Saturday.

Craig Anderson made 29 saves for the Senators, who lost 5-0 loss in Boston on Friday.

“Mentally, I think it’s going to go a long way,” Ryan said. “Any time you drop a game like that and get a chance for redemption, if you don’t take advantage of that, things can spiral from there.”

Ottawa won the second of back-to-back games for the first time in eight tries this season (1-5-2).

“It’s one of those things where we competed tonight,” Anderson said. “We both were in the same boat. We both played [Friday] night and flew and traveled, so there were no excuses of they were waiting for us, or we were waiting for them. So it’s a credit to us putting in the work and working hard and winning the battles that we need to win.”

Ottawa beat the Bruins for the second time this season at Canadian Tire Centre. The Senators’ 4-2 win on Nov. 15 ended Boston’s 11-game winning streak in Ottawa.

Ryan stole the puck from Boston defenseman Torey Krug at the Senators blue line and drove down the ice to beat Chad Johnson with a backhand for his team-leading 18th goal.

“It’s just one of those plays where you get a bad break and it ends up in the back of your net,” Krug said. “It’s not fun to be on the bad side of that.”

Rookie defenseman David Warsofsky drew the Bruins even at 3-3 with his first NHL goal at 6:36 of the third. Warsofsky, who was recalled from Providence of the American Hockey League on Saturday, drove a slap shot past Craig Anderson from the right side for his first point in four games with Boston.

“It was pretty special and that’s pretty neat to see a teammate get their first that looks that good and is an important goal at the time,” said Jarome Iginla, who scored his 542nd career goal in the second period to move past Stan Mikita into 29th place on the all-time list, two behind Maurice Richard.

Iginla had a potential go-ahead goal for Boston waved off at 9:42 of the third. A video review confirmed the on-ice ruling that he kicked the puck into the net with his left skate.

“The puck went too high and too hard for it to just be kind of incidental contact,” Anderson said.

Daniel Paille scored in the first for the Bruins, who trailed 2-1 after the opening period. Patrick Wiercioch, Cory Conacher and Zack Smith scored to give Ottawa a 3-2 lead after two periods.

Conacher added an assist for his first multipoint game with the Senators, and Smith’s second-period goal was Ottawa’s second while shorthanded this season.

Smith’s goal 29 seconds into the second period put the Senators up 3-1 and chased Boston goalie Tuukka Rask, who stopped nine of 12 shots before he was replaced by Johnson. Rask made 33 saves Friday for his League-leading fourth shutout. Johnson stopped 17 of 18 shots in relief.

Boston pressed to tie the game in the final minutes, but fell short with the man advantage after Smith was called for a faceoff violation with 1:51 left in the third.

“We had some good looks there; two minutes left, have the goalie out and a power play,” Iginla said. “We moved it pretty well, and Anderson made some good saves. We hit the side of the net and it just didn’t go, so right to the last three, four seconds we had some decent chances, but we just didn’t find that equalizer tonight.”

Chara is day-to-day with an undisclosed injury.

Spezza has a lower-body injury. Ottawa defenseman Chris Phillips did not play because of a left-foot injury.

Earlier on Saturday, Boston announced that defenseman Dennis Seidenberg is out for the rest of the season after suffering torn ligaments in his right knee Friday against the Senators.

“It’s very tough to lose him,” Iginla said. “We all know how good he is, and the people of Boston know, and I think people who play against him all know, and even that I think he is still underrated how much he does everything well. His shot, he’s a very tough guy to play against. He’s a big part of the team, so it’s definitely tough to see him out, and he’s not an easy guy to replace for sure.”

“It’s unfortunate because he’s always been one of our better Ds and he always seems to step his game up at playoff time, so that part you’re definitely going to miss,” Julien said. “But that’s a part of the game that you know is there and you have to understand that those things are going to happen every once in a while, and right now we just still feel that we have enough good players that they’re going to step in that spot and fill it as best we can here.”

Smith’s shorthanded goal came 14 seconds after Corvo drew his second straight holding penalty 15 seconds into the second period. It was Ottawa’s first shorthanded goal since Nov. 20, when Kyle Turris scored the Senators’ first of the season in a 4-3 loss to the Minnesota Wild.

Iginla pulled Boston to within 3-2 at 13:51. Milan Lucic took a pass from Krejci and sent a cross-ice feed to Iginla, who was left alone by defensemen Corvo and Jared Cowen for a tap-in from the edge of the crease for his 12th goal. It was Iginla’s fourth goal during a three-game goal streak.

Wiercioch, who took Phillips’ place in the lineup, put the Senators up 1-0 with his third goal at 7:04 of the first period.

Conacher, who assisted on Wiercioch’s goal, restored the Senators’ lead at 2-1 with his fourth goal at 14:28.

Bruins defenseman Zach Trotman made his NHL debut after he was recalled on an emergency basis earlier Saturday. Boston returned goalie Niklas Svedberg to Providence.

“We had a lot of stuff happening (Saturday),” Julien said. “A lot of scrambling to get players here on time and everything else, so with all of that happening, I think our guys responded well.”