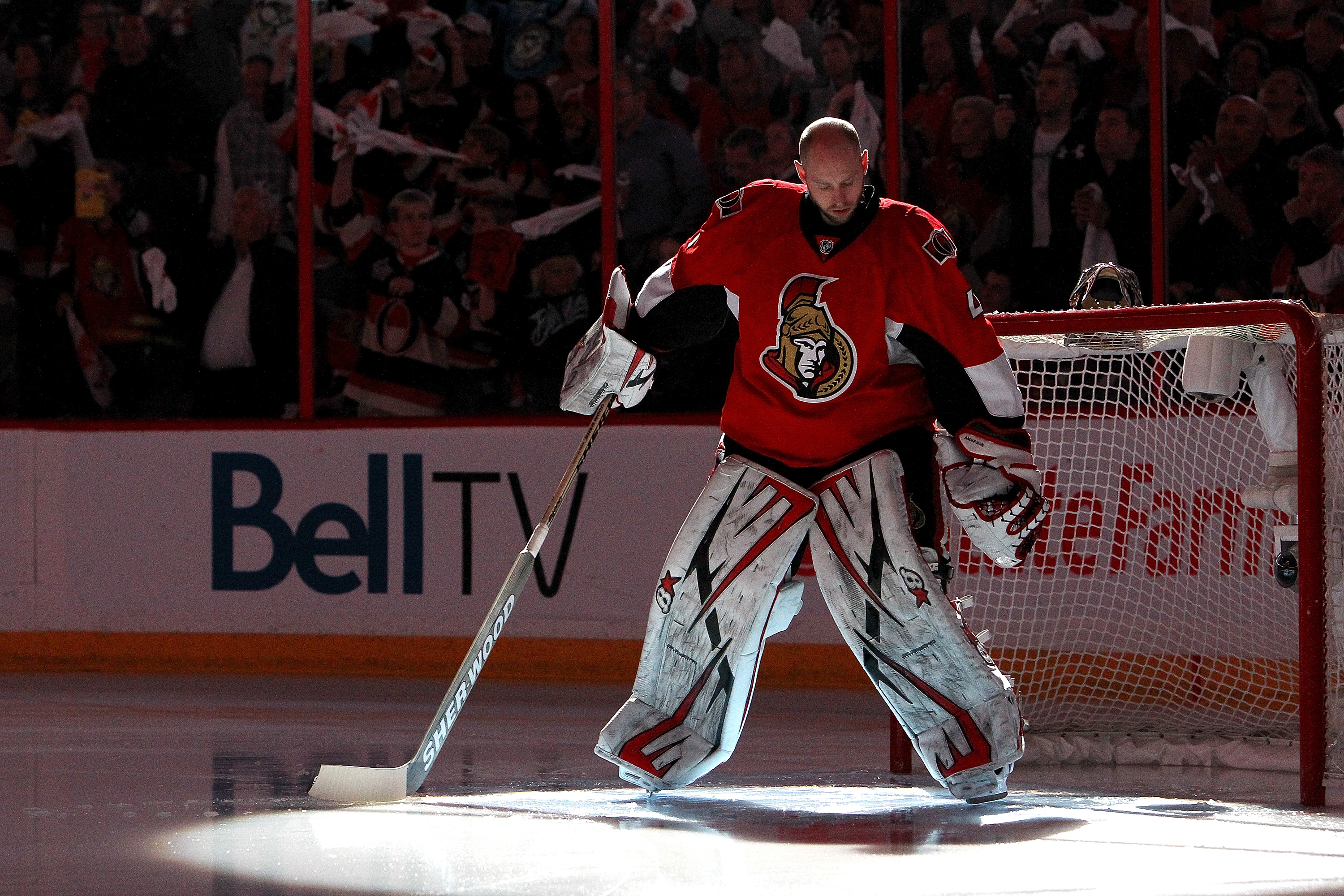 MONTREAL — The Ottawa Senators didn’t need their captain to extend their winning streak to a season-high four games, or to continue their mastery of the Montreal Canadiens.

With Jason Spezza sitting out a fourth straight game due to a hip flexor injury, the Senators pounced on the Canadiens early, squandered a 3-1 third-period lead then won 4-3 in overtime on a power-play goal by Clarke MacArthur at Bell Centre on Saturday.

With Canadiens defenseman P.K. Subban in the penalty box for a hooking call on Erik Condra with 18.4 seconds to play in regulation, MacArthur took a pass from Mika Zibanejad and wired a wrist shot past Carey Price at 58 seconds into overtime.

Their fifth win in six games allowed the Senators (19-18-7) to climb above .500 for the first time since Nov. 16, when they were 8-7-4. It gave them six wins in their past seven games against the Canadiens (24-14-5) dating to the Senators’ five-game victory in the first round of the Stanley Cup Playoffs last spring.

Mark Stone scored his first NHL goal, and Colin Greening and Condra scored for the Senators, who got 26 saves from Craig Anderson for the goaltender’s fifth straight victory.

Forward Daniel Briere made a grand re-entrance into the Canadiens lineup.

The summer free-agent acquisition who had been a healthy scratch the two previous games scored two goals and had an assist to help lead the Canadiens’ comeback in the third period that allowed them to salvage a point. Captain Brian Gionta scored the tying goal, Tomas Plekanec had two assists, and Carey Price made 30 saves.

Montreal defenseman Douglas Murray had two assists, his first two points for the Canadiens. He had been on the ice for one Montreal goal in 22 games prior to Saturday.

Down 3-1 entering the third period, the Canadiens got going quickly on a nifty goal by Briere at 1:57. With a puck battle going on behind the goal line, Briere set himself up to Anderson’s right. Plekanec found him there, and Briere quickly lifted the puck under the crossbar from a sharp angle for his seventh of the season to cut the Senators lead to 3-2.

Less than three minutes later the revamped line struck again when Plekanec took a shot from the point that handcuffed Anderson and landed behind him in the crease. Gionta immediately jumped in and shoveled it past the goal line at 4:46 for his sixth of the season, snapping a 13-game drought.

The Senators pounced on the Canadiens off the opening faceoff, with Greening scoring his fourth of the season 13 seconds into the game, converting a feed out of the corner from Condra.

The Canadiens squandered an opportunity when Condra was assessed a double-minor penalty for high-sticking and MacArthur was called for tripping 45 seconds before the second penalty expired. Montreal managed one shot on goal over the 45 seconds of 5-on-3 play.

Briere tied the game at 11:32 of the first with his sixth of the season, taking a feed from Travis Moen and converting his own rebound in front.

The Senators regained their lead when Stone scored his first career goal in his sixth NHL game at 13:50, picking a puck out of the skates of Canadiens defenseman Josh Gorges to go in alone on Price and beating him with a quick move to the backhand.

Condra made it 3-1 14 seconds later, banking a centering pass off the skate of Montreal defenseman Francis Bouillon past Price for his fourth of the season at 14:04.