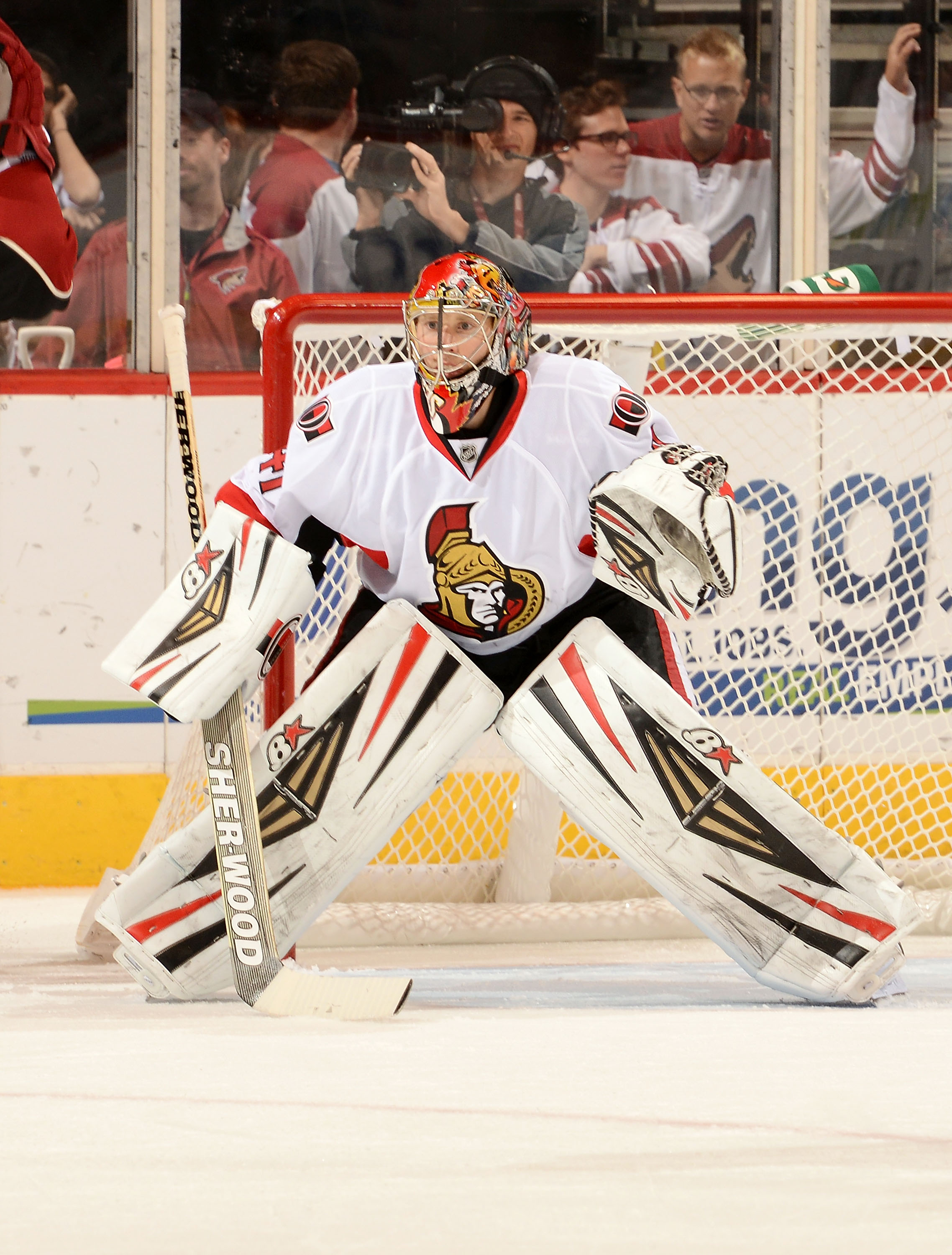 OTTAWA – The Ottawa Senators used the most effective penalty-killing strategy possible against the Winnipeg Jets to match their longest winning streak of the season.

Zack Smith and Clarke MacArthur scored third-period goals, and Ottawa did not allow a Winnipeg power play as it held on to extend its winning streak to three games with a 4-3 victory against the Jets on Thursday.

Mika Zibanejad had a goal and an assist, and Milan Michalek scored for the Senators, who won three in a row from Nov. 5-9.

Craig Anderson stopped 32 shots to win his fourth in a row. Cory Conacher had two assists for Ottawa (18-18-7).

“It’s nice not to go up and down,” MacArthur said about the Senators’ first three-game winning streak in seven weeks. “We got three [wins] in a row here. You can come into the rink and feel confident and have a little swagger and want to build on it. So as far as that goes, obviously winning’s fun, but at the same time we’ve just got ourselves to .500 and now we really have got to try and start building on it.”

Winnipeg’s Dustin Byfuglien scored in the first period and assisted on Olli Jokinen‘s goal at 14:31 of the third that drew the Jets within 4-3.

Jokinen scored two seconds after roughing minors to Conacher and Winnipeg’s Jacob Trouba expired. Ottawa had seven minutes in penalties, including Matt Kassian‘s major for fighting with Anthony Peluso at 9:30 of the first period.

“I think the disappointing thing for me is that through that whole game we can’t manage to get a power play, and that could become the difference in the game, so that was disappointing for me,” Jets coach Claude Noel said. “It’s hard to believe that you end up with nothing there.”

Evander Kane scored for Winnipeg, which saw its winning streak end at three games despite erasing deficits of 1-0 and 2-1.

“Even though we were down 2-1 in the first I thought we outplayed them in the first period,” Kane said. “They got a fortunate bounce at the end [of the first], but we came back in the second period and I thought we played very similar to how we played in the first and we were able to have it tied going into the third period, and just breakdowns, and we’re on the other side of the game again.”

Winnipeg goalie Al Montoya, playing his fourth game in a row, made 25 saves. Montoya stopped 27 shots Tuesday for his second shutout of the season, a 3-0 victory against the Buffalo Sabres.

Smith scored his ninth goal at 6:42 of the third period to give Ottawa its third one-goal lead. After winning a faceoff in Winnipeg’s zone and drawing the puck back to the left point, Smith deflected defenseman Marc Methot‘s shot past Montoya to make it 3-2 with his fourth goal in six games.

Jokinen scored when he put home a centering pass from Byfuglien for his 10th goal.

“I think when we made it 4-2, we had momentum,” Anderson said. “We had the game pretty much at our fingertips there, and then at the end of a 4-on-4 they made it a 4-3 game and we had to make sure we got the momentum back. They kind of took it over a little bit there, and momentum’s huge. Momentum is one of those things where if you can maximize the time you have it, you’re going to win a lot of games.”

Byfuglien got credit for tying the game when his shot from right point struck Ottawa defenseman Joe Corvo‘s stick and deflected past Anderson at 15:37.

Michalek restored Ottawa’s one-goal lead at 2-1 when he scored for the first time in seven games with 46.4 seconds remaining in the first period.

“We had contributions from all the lines, and that helps,” MacArthur said. “Smitty’s line is doing a great job of shutting down and they were able to get one, and Mika’s been flying, so you get other lines scoring and it just makes you more of a depth team and tougher to beat.”

Kane drew Winnipeg even for the second time with his 12th goal at 1:32 of the second period. He banked a shot from behind the net off Anderson’s backside for his fifth goal in his past nine games.

Peluso pulled the puck around Anderson for an opportunity at a wide-open net midway through the second, but his shot struck the crossbar.

Senators captain Jason Spezza missed his third game in a row because of a hip-flexor injury. Ottawa defenseman Chris Phillips returned after missing two games because of a left-foot injury.

Ottawa begins a four-game road trip against the Montreal Canadiens on Saturday. Winnipeg plays the second game of its three-game trip Saturday against the Boston Bruins.