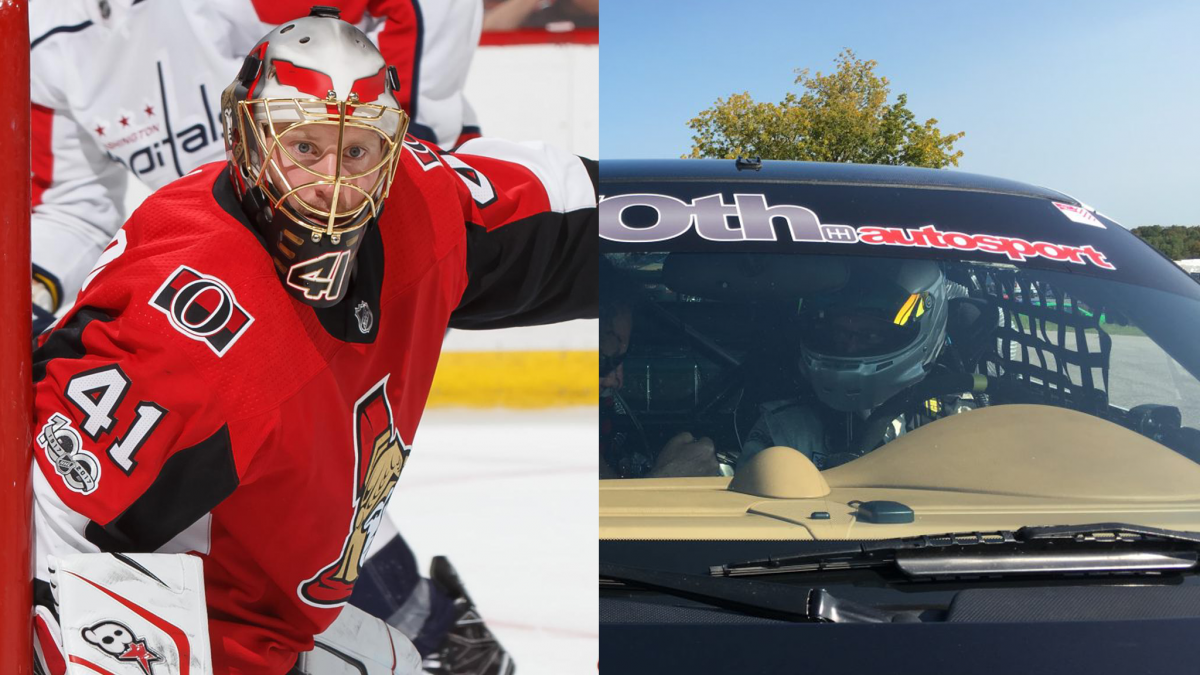 Anderson was featured on NHL.com from Vancouver explaining the ties between his Hockey and Motorsports:

VANCOUVER — On the surface it might be hard to understand how Ottawa Senators No.1 goalie Craig Anderson’s two biggest sporting passions could possibly be related.

When Anderson is in the Senators crease, he is relatively still compared to the players and pucks flying around and at him at speeds up to 100 mph. When he gets behind the wheel of a race car on a rack, he’s the one moving at speeds well beyond that.

The ability to slow down fast-moving objects in each sport is similar, however.

“The mental acuity as far as staying focused and picking up on cues,” said Anderson, explaining the link. “It’s managing the balance of a car and that’s where you have to slow everything down, where mentally your vision has to look far enough ahead so you can see where you want to go.”

Just as the best goaltenders often are the ones that see the next play before it happens.

“As a goalie you are not moving, everything is coming at you and it’s about looking ahead, seeing the options,” Anderson said. “When I play goaltender it’s always seeing what’s the next play, what’s their [shooting] percentage; are they more of a shooting guy, are they more of a passing guy, are they in a situation where their shot is taken away and they have to pass, are they in a situation where the pass is taken away? That’s the kinds of things you look for as a goalie.”