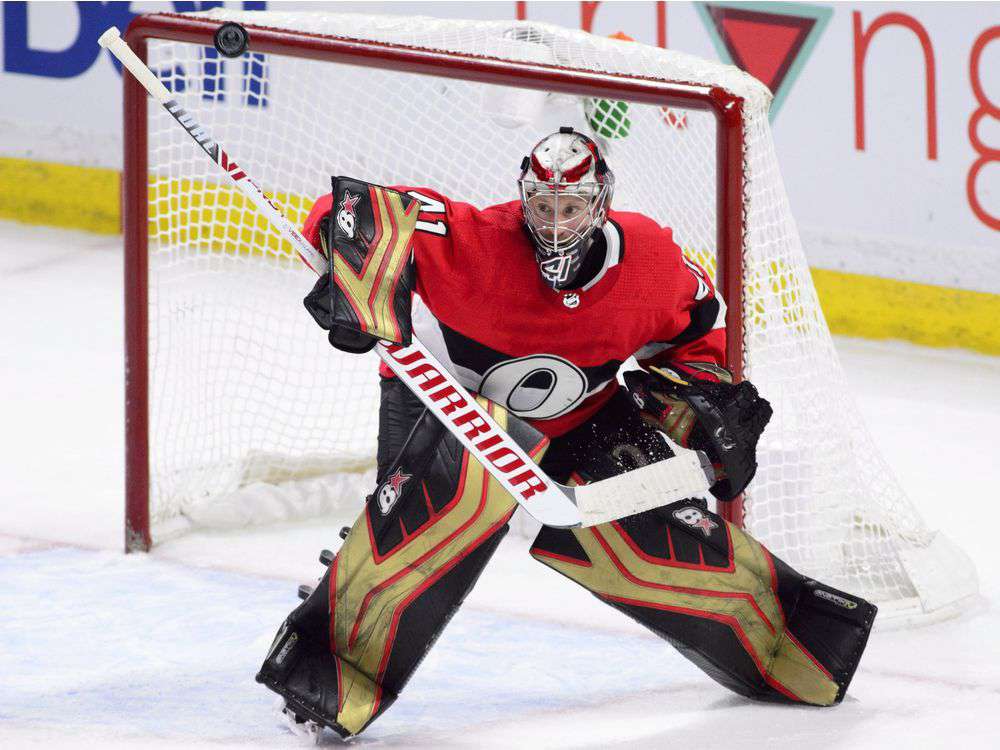 NHL.com Recap
OTTAWA — Craig Anderson made 46 saves for the Ottawa Senators in a 4-2 win against the Buffalo Sabres at Canadian Tire Centre on Thursday.

“We knew they were going to come out and push hard in the third,” said Anderson, who made 21 saves in the third period. “They get one early and then get one on the power play, and before you know it, we’re not panicking, but we’re definitely on our heels a bit. Give them some credit, they came out flying and we need to be a little more prepared for that. But we did the job. We got the win and at the end of the night, that’s what matters right now.”

Dylan DeMelo had a goal and an assist, and Mark Stone and Thomas Chabot each had two assists for Ottawa (5-5-2), which ended a four-game losing streak.

“I thought our first two periods were terrific. Solid,” Senators coach Guy Boucher said. “We wanted to get our work ethic back the way it normally is, and our speed, and that’s exactly what we did.”

Jeff Skinner and Jason Pominville scored, Jack Eichel had two assists and Carter Hutton made 28 saves for Buffalo (6-5-2), which has lost three straight.

Pominville, who was playing in his 1,000th NHL game, redirected a point shot from Eichel 59 seconds into the third period to make it 3-1.

“The odds of it falling in this barn, in this arena, where I probably scored the biggest goal of my career (overtime in Game 5 of the 2006 Eastern Conference Semifinals), you couldn’t have asked for a better way to have it,” Pominville said. “It was nice to get one, for sure, and obviously, we’d like to win the game, but to get rewarded from going to the net was nice.”

Skinner redirected a point shot from Rasmus Ristolainen on the power play to cut it to 3-2 at 3:55. Bobby Ryan scored an empty-net goal to make it 4-2 at 19:40.

Ryan Dzingel gave the Senators a 1-0 lead after he got his own rebound at the right post and scored under Hutton’s right pad on the power play at 6:55 of the first period.

DeMelo scored to make it 2-0 at 1:00 of the second period when his point shot ricocheted off the end boards, off Hutton’s left elbow and in.

“Nine times out of 10, I don’t think that happens,” DeMelo said. “I was trying to get it kind of just down in that area, and very lucky bounce, so we’ll see if that continues, but happy to get one tonight for us.”

Colin White extended the lead to 3-0 with a one-timer off a pass from Stone in the slot on the power play at 14:47.

“Anytime we did get momentum in the first two periods, we took a penalty,” Sabres coach Phil Housley said. “So we were on our heels and special teams played a huge, important role in the game.

They said it
“Very respectful, very classy, especially with the history we’ve had here. [I] didn’t really know what to expect, but a very classy move by them.” — Sabres forward Jason Pominville on the Senators acknowledging his 1,000th career game

“When we play detailed, desperate, hard-working, we give ourselves a really good chance to win every night. We did that through 40 minutes, so that was good.” — Senators defenseman Dylan DeMelo

Need to know
Chabot has 15 points (three goals, 12 assists) in 12 games this season and is one point behind Toronto Maple Leafs defenseman Morgan Rielly for the NHL lead in scoring among defensemen.