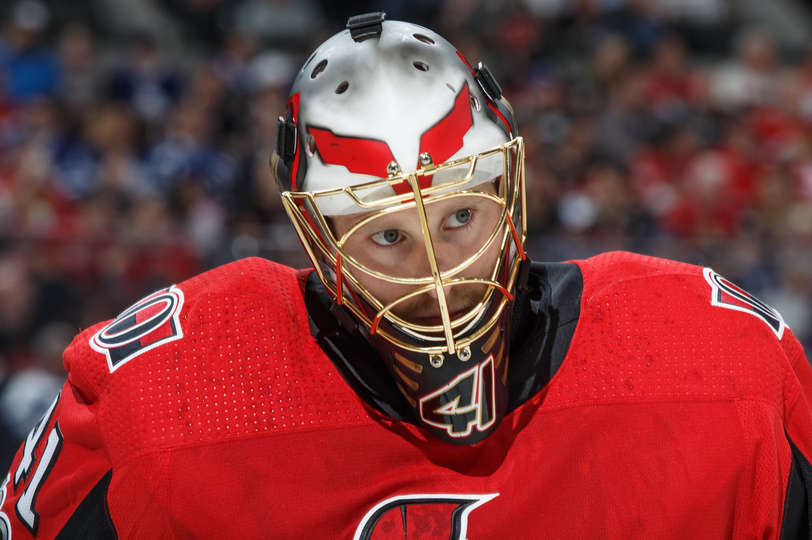 OTTAWA — The Ottawa Senators won their first game at home this season, holding off a third-period rally by the Toronto Maple Leafs for a 6-3 win at Canadian Tire Centre on Saturday.

Derick Brassard and Mark Stone each scored twice, and Nate Thompson and Ryan Dzingel scored for Ottawa (4-1-3). Erik Karlsson had three assists, giving him six in his past two games.

The Maple Leafs came back again when Nylander scored with a wrist shot from the right circle on the power play to make it 4-3 at 12:52. Brassard scored his second at 16:30 for a 5-3 lead, and Stone scored into an empty net at 18:21.

Senators forward Bobby Ryan left the game in 1:24 into the third period after he broke his right index finger.

“We lost Bobby early in the third, and Zack [Smith] was also out (upper body), so we were missing two of our top six forwards down the stretch,” Boucher said. “That made it difficult with the way the [Maple] Leafs pushed back in the third. Give them credit, but our guys found a way and showed a lot of character.”

Toronto coach Mike Babcock said the Maple Leafs learned why the Senators had success in the Stanley Cup Playoffs last season, when they lost to the Pittsburgh Penguins in the Eastern Conference Final.

“That team was almost in the Stanley Cup Final last year,” Babcock said. “They competed real hard. All they’ve been hearing about is the Leafs, how great they are. They just showed us they’re still the big boys and we’re not quite ready.”

Matthews showed his speed when he worked a give-and-go with Nylander in the neutral zone. Matthews skated down the middle to score his seventh goal of the season.

With the Maple Leafs pressing at 6:50 of the third period, Anderson got his left pad on a quick shot by Toronto forward Tyler Bozak.

Stone showed his ability to steal the puck when he intercepted a pass by Maple Leafs defenseman Nikita Zaitsev at the Toronto blue line, broke in and scored on his rebound at 8:41 of the third period.

“They just kind of bore you to death, almost. They’re really good at what they do. You get really anxious. You get the puck, try to get it in or go through guys, and they all collapse on you and they’re going the other way. You’ve got to give credit to them. They play their system really well and we weren’t very good tonight.” — Maple Leafs forward Auston Matthews

“We definitely don’t (make it easy on ourselves). I think it’s something that we had the same thing at the beginning of last year, and we worked really hard at it. We’re going to have to work really hard at it again.” — Senators captain Erik Karlsson on holding leads in the third period

“They came out a little bit better than we did. When we started playing in the third, we were the better team. They outsmarted us a little bit today.” — Maple Leafs goaltender Frederik Andersen

Ryan will be out a month, Boucher said. This is his third injury to the same finger in the past two seasons. His previous injury was sustained Feb. 18 against the Maple Leafs. … Anderson became the first goaltender to play 300 games for the Senators. … Ottawa rookie forward Logan Brown, the No. 11 pick in the 2016 NHL Draft, had his first NHL point, an assist on Thompson’s goal, playing his third game.