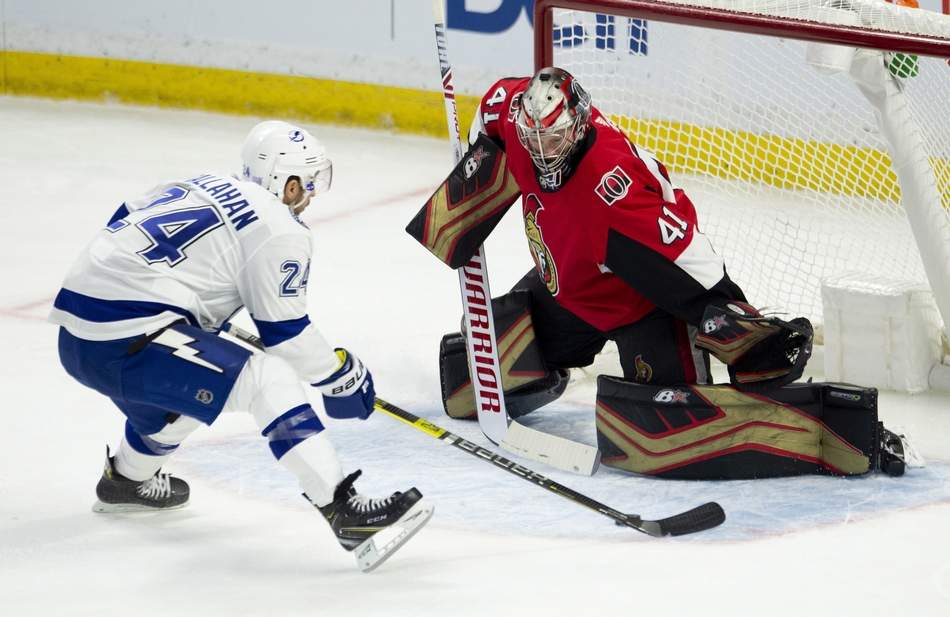 NHL.com Recap
TAMPA — The Ottawa Senators scored four goals in the third period to rally for a 6-4 win against the Tampa Bay Lightning at Amalie Arena on Saturday.

The Senators trailed 4-2 before Brady Tkachuk, Colin White, Ryan Dzingel and Mark Stone scored four straight goals. Craig Anderson made 24 saves for Ottawa (7-7-3), which is 2-1-1 in its past four games.

“I thought our second period we had a lot of chances, but we weren’t shooting as much,” Senators coach Guy Boucher said. “All of a sudden in the third period, with the same chances, we decided to shoot. Funny things happen when you shoot.”

Victor Hedman scored in his first game back from a lower-body injury, Mathieu Joseph scored two goals, and Alex Killorn had two assists for the Lightning (12-4-1), who had won four straight. Andrei Vasilevskiy made 28 saves.

“We played a good second period, but we’ve got to do a better job of closing it out,” Hedman said. “We had our chances, but we’ll learn from it and be ready for the next game.”

Tkachuk was credited with the goal that got Ottawa to within 4-3 50 seconds into the third when Tampa Bay defenseman Dan Girardi tried to clear the puck off the goal line but instead banked it in off Vasilevskiy.

“Our leaders stepped up at intermission and told us to believe in the system and believe in the process,” Tkachuk said. “And we did. We got pucks on the net and got rewarded for it.”

White tied it 4-4 with a power-play goal at 8:41. He tipped Tkachuk’s redirection of a wrist shot from the point by Bobby Ryan, who had a goal and two assists.

“I thought [Anderson] did a really good job in the third of shutting the door,” said Senators forward Matt Duchene, who had a goal and two assists. “I’m really proud of the boys, and the character we showed tonight is the character that we have in here.”

Joseph scored at 8:49 of the first period to get the Lightning to within 2-1. Hedman beat Anderson from the slot to tie it 2-2 39 seconds into the second.

“It’s a tough loss,” Joseph said. “We have to look at what we did bad in the third period. I think we have to help [Vasilevskiy] a little bit more.”

“It’s a tough pill to swallow, but it was kind of a perfect storm against us,” Lightning coach Jon Cooper said. “First one we put in, then [White] makes a good tip and it’s a tie game, and then they make a nice play … and all of a sudden you’re chasing.”

They said it
“The one thing that we wanted was 60 minutes of compete regardless of the score, and that’s how we played.” — Senators coach Guy Boucher

“When we’re up two goals going into the third, we have to be better. And we have to have a better start.” — Lightning forward Alex Killorn

Need to know
Lightning defenseman Anton Stralman and forward Adam Erne each missed the game with an upper-body injury and is day to day. … The Senators played seven defensemen and 11 forwards. … It was Tampa Bay’s first loss against an Eastern Conference team this season (8-1-0). … The Senators played the 1,000th road game in their history. They have won 413. … Stone has three goals and nine assists in a six-game point streak.