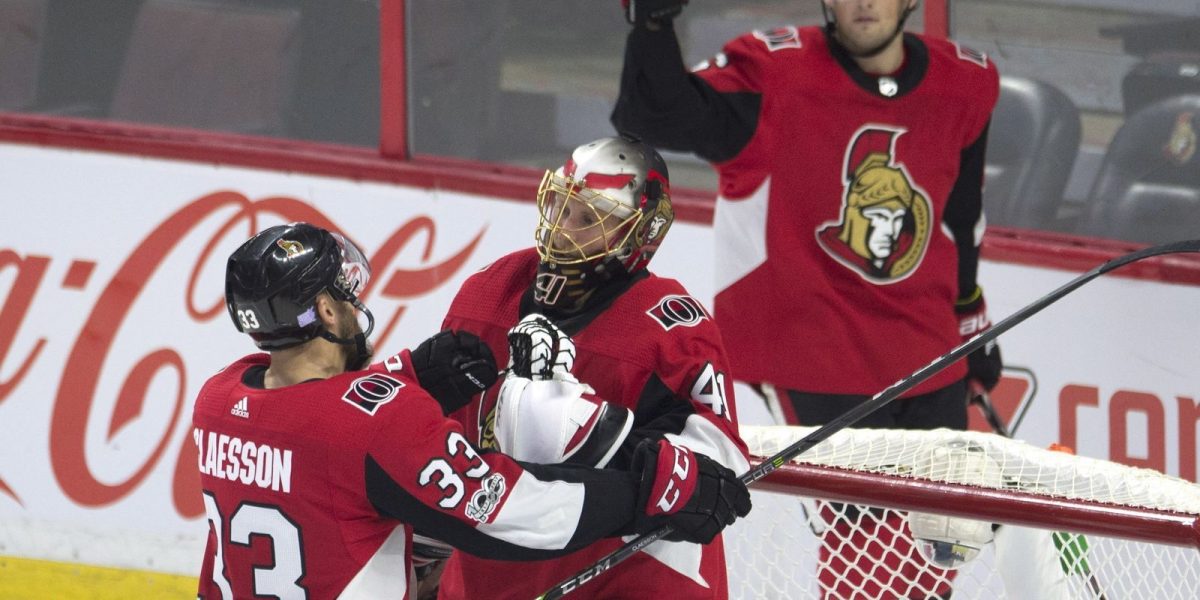 NHL.Com Recap
OTTAWA — Mark Stone had a goal and an assist, and Craig Anderson made 24 saves to help the Ottawa Senators defeat the Detroit Red Wings 3-1 at Canadian Tire Centre on Thursday.

Alexandre Burrows and Nate Thompson also scored for the Senators (6-2-5), who had lost two straight games.

Anthony Mantha scored, and Jimmy Howard made 27 saves for the Red Wings (6-7-1), who had won two straight.

“It’s a huge win,” said Stone, whose goal was his 200th NHL point. “This team (the Red Wings) came out to a really hot start and kind of tailed off a bit. They’re trying to chase us down, so it was a big win, especially in regulation.

“We really held control, and held them deep and made their D skate and turn. [It] really was effective. We could have had a couple more [goals] for sure.”

Mantha made it 2-1 with 3:23 left in the third period with the Red Wings on the power play and Howard on the bench for an extra attacker. Mantha, standing in the slot, deflected a shot by defenseman Mike Green.

Stone’s goal with 54.8 seconds left in the first period made it 1-0. He found a loose puck in a crowd in the slot and shot it by a screened Howard for his Senators-leading eighth goal of the season.

Stone set up Burrows for his second goal of the season at 11:25 of the second period on the power play. Burrows scored on a shot from the slot to Howard’s stick side.

“To get to the playoffs, you’ve got to play well at home,” Burrows said. “We knew that some of the games we let slip away at home. They were self-inflicted mistakes. Tonight I thought we did a much better job of playing all the way through, until we got in penalty trouble. It’s nice to get a big win at home and hopefully we can build on that.”

The Red Wings said the Senators executed well on defense and reduced the effectiveness of Detroit’s speed.

“We want to be a fast team,” Red Wings forward Dylan Larkin said. “We’ve got a lot of guys who can skate and they want to slow it down, make it tight in the neutral zone. At times in the game we didn’t execute well in the neutral zone and they clogged it up pretty well and came down and played in our own zone. I thought in the third we did a good job of just getting the puck and attacking, just moving our feet.”

Mantha’s power-play goal at 16:37 of the third period.

Anderson’s save on Luke Glendening’s shot from the slot at 4:20 of the third period.

Burrows’ power-play goal at 11:25 of the second period.

“We’ve got to get better on a few things, score some uglier goals, I think. Pucks are laying there. We’ve just got to win those battles.” – Red Wings forward Henrik Zetterberg

“Over the course of the 60 minutes I think we held it together better than we have in previous games. They had a good push at some point, but we kept them limited and got it back as quickly as we wanted to. Overall, I think it was one of our more complete games this year.” — Senators defenseman Erik Karlsson

A goal by Senators defenseman Cody Ceci was overturned on video review at 3:27 of the first period. It was ruled forward Zack Smith interfered with Howard before the puck crossed the goal line. … Ottawa forward Kyle Turris returned to the lineup after missing three games with a viral infection.